ATM Accepting Debit, Credit, and Bitcoins as a Business Owner 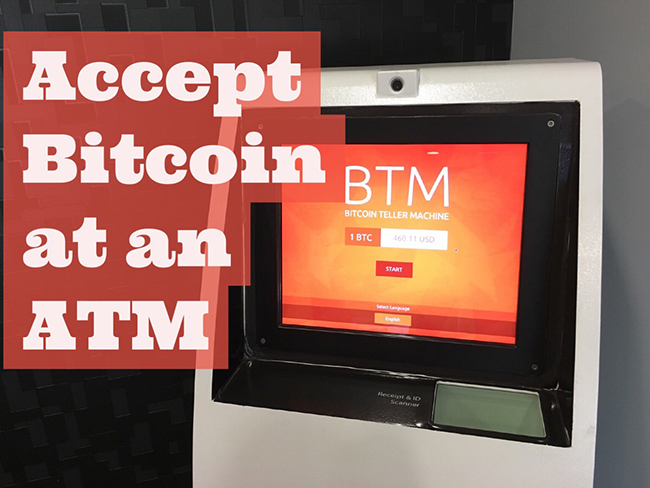 It’s commonly accepted that the first cash machine, aka an automated teller machine (ATM), was first used by Barclays in London on June 27, 1967. Today there are more than three million cash machines worldwide.

Thanks to innovative companies, such as E-Coin, OKPay, Bit-X, Xapo, and the Shift Card, you can now have a bitcoin debit card that allows you to visit a local ATM and withdraw funds or make purchases from your electronic bitcoin wallet.

But, did you know that there also ATMs that also allow you to purchase and sell bitcoins, as well as exchange coins into cash?

The first Bitcoin ATM opened on October 29, 2013 at the Waves Coffee House in Vancouver. That number has quickly expanded to over 400 machines globally. And, that includes the most recent Bitcoin ATM in the City of Brotherly Love.

The fifth most populated city in the country recently received it’s second Bitcoin ATM at the Philly Dream Shop, which is located on the corner of South Street and S 3rd Street. The ATM is easily accessible by car, bus, or local metro and closes at 12:30 am.

The GenesisCoin machine, which was installed by Coinsource, includes a low 7% transaction, but it will be cheaper the larger your transactions are. Coinsource currently has 14 machines located across the country in New York City, Dallas, Las Vegas, San Diego, San Francisco, and Palo Alto.

“Coinsource is proud to announce our first bitcoin ATM in Philadelphia. In particular, we’re excited to install a low fee bitcoin ATM in the heart of the city, easily available to both locals and commuters alike. We are committed to providing the highest level support to our customers and guarantee always-low fees. All our machines adhere to cutting-edge security standards and provide simple, convenient, instantaneous transfers compatible with any bitcoin mobile wallet.”

How Does a Bitcoin ATM Work?

Just like the traditional ATM, you first need to have an account. In this case, you’ll have an account with a bitcoin wallet like Coinbase. If you don’t have an account, you can create one at the actual machine in about four minutes.

To do so, you’ll scan your palm and identification card. You’ll then have to allow the camera to scan your face to make sure that it matches the image on the ID card. After your account has been created, you’ll just need to use your palm to validate future transactions.

If you want to purchase coins, you’ll simply have to;

As for selling bitcoins, you would;

While rates can be more expensive than exchanges, and they can fluctuate depending on the market. Bitcoin ATMs are convenient for travelers, enthusiasts, and customers. Since the transactions occur in real-time, as opposed to waiting several days for a transaction to clear.

George Peabody, a partner for Menlo, Calif. based payments consultancy Glenbrook Partners LLC, says “For consumers that want to use Bitcoin right away to make purchases, buying Bitcoin through an ATM involves less time and risk.”

Another benefit is that customers can purchase a portion of a bitcoin, such as $100. This makes it easier versus having to purchase an entire bitcoin.

Because these ATMs are money transmitting tools, as defined by the the Financial Crimes Enforcement Network (FinCEN), they must comply regulations set by Know Your Client and Anti Money Laundering procedures. This includes the establishment of an AML program, appointing an AML compliance officer, and reporting suspicious activity to FinCEN.

John Rampton is an entrepreneur and connector. When he was 23 years old while attending the University of Utah he was hurt in a construction accident. His leg was snapped in half. He was told by 13 doctors he would never walk again. Over the next 12 months he had several surgeries, stem cell injections and learned how to walk again. During this time he studied and mastered how to make money work for you, not against you. He has since taught thousands through books, courses and written over 5000 articles online about finance, entrepreneurship and productivity. He has been recognized as the Top Online Influencers in the World by Entrepreneur Magazine, Finance Expert by Time and Annuity Expert by Nasdaq. He is the Founder and CEO of Due.