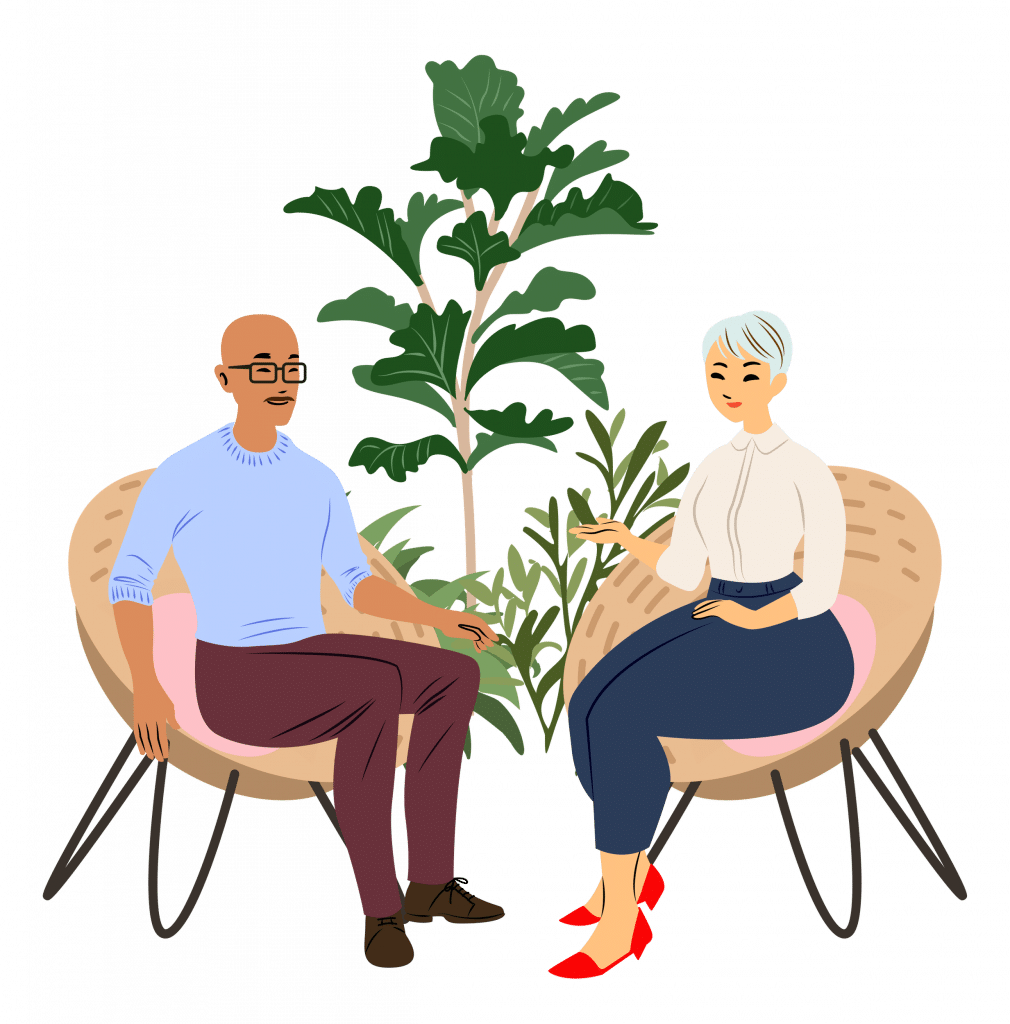 Did you know that over the last four decades, life expectancy has increased in the U.S.? While there was a concerning decrease in 2020, mainly because of the pandemic, life expectancy is expected to rebound and increase in 2021. As such, building and maintaining your retirement savings is more important than ever if you want to enjoy a long and healthy life.

Of course, that means understanding and maxing out retirement plans like defined contribution plans, 401(k)s, IRAs, and pensions? But have you considered annuities?

For a lot of folks, probably not. That’s not a knock against them — after all, annuities are complex and some come with a lot of fees. Moreover, they’re usually not offered by employees meaning individuals have to purchase them on their own.

At the same time, annuities have their advantages — mainly a guaranteed income stream for a specific time period or until you die. Additionally, you can name a beneficiary so the remaining value can be passed on to them.

But, to determine whether or not an annuity makes sense for you, here’s a quick read guide so that you’ll better understand them.

What Exactly Are Annuities?

An annuity is simply a contract between you and an insurance or annuity company. The main selling point of an annuity is that it offers principal protection, lifetime income, legacy planning, or long-term care costs.

When shopping for annuities, they might be marketed as investments. The investment is in your future income during retirement. It is a contract — not a regular retirement

“It’s important to understand that annuities are contracts, not investments,” explains Stan “The Annuity Man” Haithcock. “Comparing the two is a colossal waste of time, in my opinion. It’s apples and oranges.”

I’ve come up with an acronym that covers what annuities contractually solve for. That acronym is P.I.L.L.

Because you’re locked into a contract, if you break any contractual obligations, expect hefty penalties. Unfortunately, this also makes annuities not as accessible as the money you have in a savings account.

How Long Have Annuities Been Around For?

Even if you weren’t familiar with annuities doesn’t mean that they’re a recent financial product. Believe it or not, annuities have been in existence for centuries. In fact, annuities can be traced back to Ancient Rome. Back then, people would make a single payment in exchange for annual lifetime payments.

However, annuities didn’t become popular until the Great Depression. Then, because of the volatility of the stock market, many people were anxious about how this would affect their retirement. What’s more, the New Deal emphasized savings.

These annuities weren’t that drastically different from their early Ancient Roman cousins. People bought them with a lump sum to receive a series of fixed payments. As the 20th Century progressed, variable and indexed annuities were introduced.

If you want to learn more about the history of annuities, check out our A Brief History of Annuities.

How Does an Annuity Work?

Annuities involve transferring risk from the owner, known as the annuitant, to the insurance/annuity company. The company offering the annuity assumes the risk on the owner’s behalf by charging a premium. Depending on the type of annuity, premiums can come in the form of a single payment or several payments. It’s during the accumulation phase that premiums are paid.

In contrast to other types of insurance, you aren’t required to continuously pay premiums on the annuity. In time, you’ll cease making annuity payments and will receive payments instead. When this occurs, your contract enters what is called the payout phase.

Annuity payments can be handled in a variety of ways. For example, it’s possible to design an annuity so that you’ll receive payments for your lifetime or those of your heirs. Another option is to combine a lifetime income stream with a guaranteed “period certain” payout.

What’s a “life with the period certain annuity?” First, the annuity promises income for life. Then, if you die within a specific timeframe, the annuity will pay your beneficiary the remaining value of the account you were supposed to receive.

Annuities are paid over a long period of time. They’re also based on the recipient’s life expectancy, which is similar to Social Security. So you can also expect payments to be smaller if you begin receiving income when you’re younger or if the specific term is longer.

There are many annuity payment options, including monthly, quarterly, annual, or even as a lump sum. In addition, they can be initiated immediately or postponed for years.

What’s the Difference Between Annuities and Life Insurance

Is there a difference between a life insurance policy and an annuity? Absolutely. So, let’s quickly run down the differences.

If you pass away, life insurance provides your loved ones with financial security. With an annuity, you can grow money while earning income at the same time. Both should be considered as part of a long-term financial plan.

While there are similarities, the purpose of each is vastly different. Again, life insurance is designed to help protect your loved ones against financial loss upon your death. This money can be used for daily living or mortgage expenses. Additionally, life insurance can cover funeral costs or college funding.

On the other hand, the main goal of an annuity is to provide you with a guaranteed income. You have the option to receive these payments for a specific period of time or for your entire life. Additional benefits include;

The Five Main Types of Annuities

You might think that a pizza is all the same. But, in reality, there are a wide variety of tasty pizza types like Neapolitan, Sicilian, New York-Style, Chicago Deep Dish, Detroit, California, and Greek. And that’s not even taking into account all of your toppings options!

While there aren’t as many annuity types, there are five different types of annuities.

Why Buy an Annuity?

The short answer? You purchase an annuity because it provides a guaranteed income for the rest of your life –no matter how long you live. That can be a major selling point if you’re concerned about outliving your savings.

Moreover, after you’ve maxed out your 401(k) and IRA, annuities can be a more tax-sheltered way to save for retirement. The reason? You can save as much as you want with annuities since there aren’t any contribution limits.

And, because of the guaranteed income you’ll receive from your annuity, this allows you to be slightly more aggressive with your other assets.

Perhaps the most common complaint regarding annuities is the fees and penalties associated with them. And, to be fair, that is a valid argument. However, fee schedules vary from company to company. As a result, an annuity policy owned by one provider may have entirely different costs than annuities owned by other providers.

Generally speaking, the more complex an annuity is, the more expensive it is to own. Consider these costs on a percentage basis that’s based on the entire value of the annuity. This will help you keep these charges in perspective. In a way, it’s kind of the same as looking at the cost of a mutual fund or exchange-traded fund (ETF).

The most common annuity fees and penalties you can anticipate include;

Aside from contract fees, you may also encounter distribution charges, redemption charges, and transfer charges as an annuity owner.

An annuity is tax-deferred. That means you don’t pay taxes on the money while it is in the annuity. As with a 401(k) or an IRA, your taxes are only due when you withdraw the money.

An annuity funded with pretax dollars, or a qualified annuity, is subject to ordinary income tax. As such, you’ll pay everything you withdraw. However, when you fund your annuity with after-tax dollars, you have a nonqualified annuity. As a result, you won’t owe taxes on the part of your withdrawal that represents your original principal. Instead, you’ll owe taxes on your earnings.

What Happens to Your Premium When You Die

That depends on how you structured the annuity. If you went with a life-only option, payments would stop upon your death. If you’re married, you might want a joint-life structure where payments will continue until the second person passes away.

John Rampton is an entrepreneur and connector. When he was 23 years old while attending the University of Utah he was hurt in a construction accident. His leg was snapped in half. He was told by 13 doctors he would never walk again. Over the next 12 months he had several surgeries, stem cell injections and learned how to walk again. During this time he studied and mastered how to make money work for you, not against you. He has since taught thousands through books, courses and written over 5000 articles online about finance, entrepreneurship and productivity. He has been recognized as the Top Online Influencers in the World by Entrepreneur Magazine, Finance Expert by Time and Annuity Expert by Nasdaq. He is the Founder and CEO of Due.