A Primer on Electronic Cash

Electronic cash, also known as eCash, has paved the way for all the digital transactions that we now rely on when we want to buy online. We are now accustomed to having digital wallets and using services like Due, Apple Pay, PayPal, Square and more.

Not so long ago, however, it all started with eCash, which was conceived by David Chaum and utilized through his company DigiCash. This anonymous system was an electronic way to transfer cash between networks as encrypted information with the help of digital signatures, wallets, software and intermediaries known as eCash companies. Some banks even used it as a micropayment system up until 1998. Its application has now been incorporated into new digital payment systems, including smart cards.

eCash has been used as a way to handle transactions that involve money and the Internet, email, computers or any other type of digital device. While it is backed by real currency from banks, eCash is essentially an untraceable way to move money from one person or place to another. This form of money was often used with Internet casinos as well as with shareware providers and small online transactions.

The eCash concept works very much like writing a check or conducting an electronic fund transfer. In the case of eCash, there is software that facilitates the transaction, allowing for withdrawals or deposits of electronic cash into “wallets.” These wallets can store the eCash or the electronic money can be converted into real local currency and added to a traditional bank account.

Why Electronic Cash has Worked

eCash emerged during a time period where consumers and businesses were still unsure of conducting transactions on the Internet. While this may seem strange to us now, considering we use and store debit and credit numbers online as well as type in our checking account numbers to make recurring utility payments and handle other financial transactions, this wasn’t the case less than two decades ago.

Electronic cash was one of the first solutions to show consumers and businesses that it was safe, private, and very convenient to do transactions over the Internet. The promise of anonymity also eased concerns. As the Internet became a more common way to conduct business, eCash also facilitated the ability to work with others around the world and not worry about currency exchange or exorbitant fees from the “middlemen” banks.

Although eCash also led to issues and challenges to light, including some logistics, regulatory, and legal problems as well as security concerns, it set a precedent for the types of digital payment systems we all take for granted today. 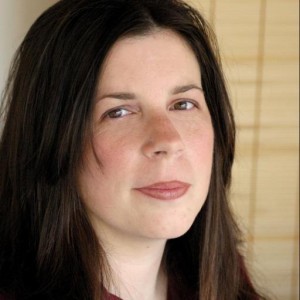 My name is Nina Gass. I focus as a copywriter, writer, and editor involves working with customers around the world with money advice. I currently work as a Communications Manager at Crow Horwath International. I received a Bachelors Degree in English Literature from California State University, Northridge, and an MBA from DeVry University.